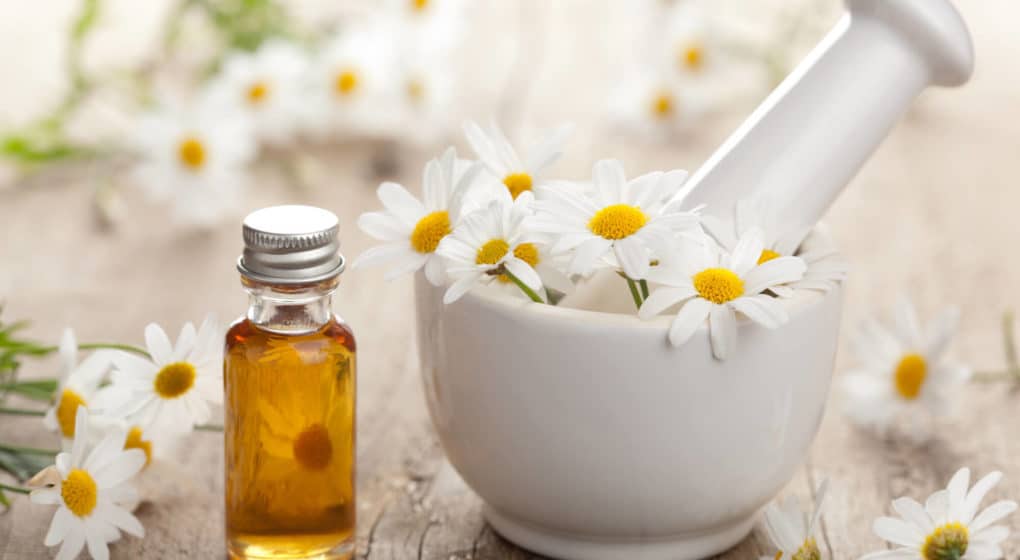 For thousands of years, herbal remedies have been used with great success across the globe. Renowned not only for their ability to treat disease and illness, but to also enhance health and function in an extremely positive manner as well.

Unfortunately, over the last 50 years or so these herbal remedies have fallen out of favor, in which synthetic supplements have taken their place.

Interestingly, there is recent evidence to suggest that many of these traditional options are as effective as once claimed. Moreover, they are believed to have much the same impact on health and function as these newer options, albeit in a completely natural way.

Which is exactly where chamomile enters the discussion.

Chamomile is a specific herb that comes from the flowers of the Asteraceae family.

This amazing herb has been used as a medicinal cure-all across the globe for centuries, where it has long been thought to treat numerous ailments, including fever, insomnia, and inflammation, while also improving general health and longevity.

These specific compounds exhibit both anti-inflammatory and antioxidant properties on the body’s cells. As a result, it is through these highly bioactive compounds that chamomile is hypothesized to exhibit its incredible health effects.

What Are the Benefits of Chamomile Supplements?

Considering the unique nature of this incredible herb, it stands to reason that it can have a potent effect on the human body. With this in mind, we wanted to take an objective look at the research to determine where it was likely to have the most impact on health and function.

One of the most well-known effects of chamomile on the body is its ability to enhance sleep in a positive manner. Recent research has shown that this is indeed the case, with those individuals supplementing with this amazing herb seeing significantly improved sleep quality and sleep duration after as little as two weeks consumption.

This suggest that chamomile could act as one of the most potent natural sleep boosters on the planet!

Through the potent antioxidant capabilities of chamomile, its consumption has also been shown to aid in the treatment of depression and anxiety. Individuals suffering from these diagnosed mental illnesses saw a significant reduction in symptoms of both depression and anxiety after long term supplementation.

As a result, it was concluded that chamomile may make an excellent addition to more traditional treatment options.

While acute inflammation is one of the body’s primary defense mechanisms, if left untreated it can become chronic. In this scenario, it begins to wreak havoc with the body’s systems, increasing your risk of disease and illness, while causing global declines in function.

With this in mind, chamomile has been shown to exhibit potent anti-inflammatory effects throughout the body, in which it has been suggested to cause large improvements in health and function as a result.

And finally, there is also some evidence to suggest the supplementation of chamomile can prevent against the onset of cancer. The antioxidant compounds found within chamomile have been shown to slow the progression of cancer cell growth without damaging normal cells.

While this is a far cry from a cancer cure, it does suggest that its regular supplementation may reduce cancer risk.

Given the potent effects that this great supplement can have on health, we wanted to give you some great options that you can implement immediately.

Our first supplement is a great quality product by Biopower.

With no additives or preservatives, this is the perfect option for those after a clean supplement that is a certainty to work.

Our final option by TerraVita differs somewhat from the others on this list as it provides a lower dosage of 450mg per serve.

This makes ideal for those looking gradually increase their dosing over time, or for smaller individuals who don’t require such a high dosage to elicit a health response.

There is currently no recommended daily intake set for this unique supplement because it is not deemed to be a necessary nutrient. However, research suggest that dosages between 400 and 3000 milligrams per day appear to be enough to elicit a response, while limiting any associated side effects.

Does Chamomile Have Any Side Effects?

Some individuals can be allergic to the plant that chamomile supplements are derived from. As a result, they may experience skin itching and irritation after consumption – in which they should cease consumption immediately.

Furthermore, there is not enough information around the safety of taking chamomile in individuals who are either pregnant or breast feeding. As such, we recommend you stay on the safe side and avoid use in these scenarios.

There is a very good reason as to why chamomile has been used across the world for thousands of years – because it works, and it works well.

With the recent evidence to suggest that this amazing herbal supplement can improve sleep quality, stave off symptoms of both depression and anxiety, reduce inflammation throughout the body, and even prevent against cancer, what’s not to love?

As always, if you have had any experience using this incredible plant, then we would love to hear about it – so please drop us a comment and we will get back to you ASAP!